What are these myths and legends about?


Legend: Bunny Man
The bunny man is a urban legend which originated from two incidents which happened in the USA. Bunny Man has proven to be seen many times around Fairfax, Virginia Washington D.C.


Myth: Onryō
Onryō is a mythical creature originated in Japan, . As for Onryō, she appears when people die from suicide, murder, betrayal and catastrophe. Her name Onryō means ‘vengeful spirit’. She is a japanese ghost that causes harm in the world, killing enemies and natural disasters.


What are the differences?


Onryo: She is a spirit which looks for harm against others. As for bunny man he is not a fan of trespassing so only brings endurance to people unless he has to.


Bunny Man : Bunny man is a man inside a bunny costume who hates people trespassing. Bunny man supposedly is a fake story which people had passed on for generations now. Onryo is a spirit and proven to be real.


They both have brought harm to people

They are declared to be spirits/ghosts

Email ThisBlogThis!Share to TwitterShare to FacebookShare to Pinterest
Labels: Myths and Legends, Reading

Do you recognise the big white circle that appears in the sky at night? Has a different shape every month? Yes, that is called ‘the moon’.  Because they didn’t know other moons existed, they simply called it ‘the moon’. Until Galileo Galilei discovered them.The moon is a natural satellite that orbits around the earth.


The moon has been discovered for many years now. It is very close to earth and is supposedly an important light. But it doesn’t have a light of its own. It reflects light of from the sun so it looks like the moons natural light. Without the moons light and the moon itself the climate change of the earth would be unstable. If anything the moon is used as a source of light. Additionally the moon provides light for animals breeding. Unfortunately the moon is not as bright as the sun so the moon isn’t visible during daytime.


The word tides is a term used to define the sea rise and fall of sea level which are caused by the moon and sometimes the sun. Tides were created because the Earth and the moon were attracted to each other, just like magnets are. The moon tries anything to try and pull the Earth closer but the Earth is able to withstand everything except for the water. Because the water is always moving, Earth isn’t able to hold onto it causing the moon to pull on the water. That is why there is a high a low tide during the day.


Children's fairy tales from all around the world tells us that the moon is made of cheese but in reality, it is most likely to be made out of rocks. The moon's surface is covered with dead volcanoes, impact craters and lava flows. The surface of the moon was formed my pools of hardened lava. As asteroids collide with the surface it can capture imprints (such as Neil Armstrong’s famous footprint) that turn out very detailed. Because there is no wind on the moon imprints can stay there forever.


In conclusion, the moon is no doubt a weird and remarkable planet/place. It is a source of light and a gift to earth. Some would say an extraordinary place.

For Samoan language week we were given some tasks to do. One of them were to create a DLO or poster about the one and only David Tua including his cultural beliefs, his background while growing and also information about his boxing career.

Argument Writing: Why should the liquor store be banned?


Liquor, or as us students know it as alcohol. Many Glenbrae students are aware of the liquor store located at Fen-church. There are countless amount of people that enter empty handed and then exit with a box a size of an elephant. Surely people don’t need that much liquor. But apparently they take more than they should be. This store allures not only adults but teenagers preferably age 16 and over.

There are definitely teenagers as well as children who roam around the community. At a young age I think that having a liquor store around college and primary schools would have an impact on whether or not they should drink this liquor. Adults who are immature purchase liquor from this store and are unaware of the problems that could happen. To me this is a serious matter that could potentially end lives.

College students over the age of 16 can effortlessly change out of there uniform and purchase liquor. This store has been in trouble for selling liquor to younger teenagers once and there is a possibility that they could do it again. When students digest or drink alcohol they are unable to think straight the next day for school. This affects their educational life as well as there life itself.

Around where I live there are many glass liquor bottles that are smashed around the pathway, as well as cans thrown around our community. This enlarges the amount of rubbish thrown in our community and it wouldn’t look as nice for families looking for a place to live.  The glass bottles that are smashed onto the ground causes kids walking to and from school to accidentally step on the glass. These bottles are very sharp and very dangerous. So anything can happen.

Letter: To an Astronaut

In reading our book was based on human missions, such as the Apollo 11. One of our create activities were to write a letter to an astronaut including things I would love to know about there courier. Here is my letter.

I am writing this letter to you to ask as much questions as I can about your career, the missions you have been on and much more. To start off, being an astronaut sounds great, amazing even but I am terrified to go up to space. Being alone in a black area is beyond the nightmares I have. I am scared something might go wrong. How are you, as an astronaut, able to keep calm in difficult situations? (I’d panic if I were you). Anyways what would you do?

Not being able to come back to earth would be devastating. If yes then how exactly do they return without being burned? If not, are astronauts going there just to observate and send information back to NASA? (Do they stay there until they die?) Anyways, as much as an astronaut sounds great I know as a student that it's not easy to become one because there aren’t that many in the world. So you have to be very skilled in different areas. What are the qualifications of an astronaut. For example what fitness level you are or whether you need to know certain codes. Things like that.

Now, let’s talk Apolo 11. When the United States landed astronauts on the moon, how much work was put into flying this rocket into space. Something as astounding as walking on the moon must have taken been months, years even. What was the process of the whole mission and how hard was it? I know that if I was part of that whole process that would be such an accomplishment.

When it comes to reading information about space there a lot of sentences including ‘L5 crew, UR500, 7O-OK’ my brain literally switches off completely. How were these ‘codes’ created and are these another one of the qualifications you need to be an astronaut? Being able to understand the different letters and numbers used in missions or training. If yes, then cross that off from my list of future jobs.

Astronauts’ skill sets are beyond the kind of skills an average person has. But I know that not only men can develop such difficult skills. Women can too. Where do you train/work? Are there a lot of women who train exactly like you? Are they on the same level as you are or are they given work/training suitable for what they can do. Speaking of training do astronauts train? As an astronaut you should be able to do certain things and have some kind of training. Something like being in a fake spaceship?

That is all of my wonderings for now and I am looking forward for a letter in my mailbox including answers and your thoughts. Hope you enjoy being an astronaut! Have fun!

Today 6 volunteers from PWC came with their new issue of their Toitoi books. We had the opportunity to show our reading skills and we read the amazing stories written by children from all over NZ. My group volunteer was Katana but we called her G. She was really nice and read along with us when we got stuck. All of the stories were great but the one I favoured the most was called 'A life with Type 1 Diabetes'. It is all about the girl that had type 1 diabetes. She went threw all sorts of challenges that were tough to do especially at a young age. But saying in her own words that having diabetes was the best thing that has ever happened to her. She became healthier and knows what she should and should not eat. This little session with the volunteers were very exciting and I am looking forward to reading more of these amazing stories. 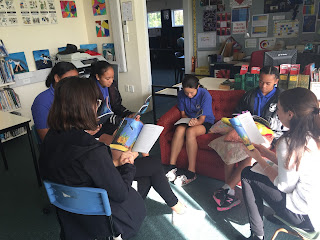 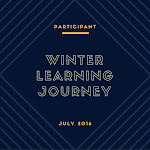 Hi, I'm Telesia and I am Tongan. I am a Year 7 at Glenbrae School and I am in Kowhai house. My favourite topic is writing & reading, but mostly writing. I like to play all sorts of sports. My favourite colour is blue and I love PIZZA and SUSHI! I have 12 people in my family and I am the 7th oldest. I love watching scary movies and action movies. As I grew up I have really loved Rugby but only play with family. When I grow up I would really want to play Rugby or become a professional Netball Player. Last of all I would also love to focus on my learning as grow up.

Who is visiting this blog?